Because suffering is unnatural and freedom is natural to us, everyone seeksfreedom knowingly or unknowingly. The universal desire to remove the naggingsense low self-worth that dogs our days on earth has created a perennialenlightenment culture. Just as the development of sophisticated scientific,psychological and literary cultures that serve human’s material and social needstakes centuries, the spiritual need for freedom from limitation stretches back tothe beginning of human consciousness. Vedanta, the science of Consciousnessand the grandfather of all enlightenment traditions, is an independent, scientific,complete body of knowledge that connects the human heart to the non-dualfactor—some call it God—that melts the apparently separate elements thatcomprise the creation into a conscious, non-dual loving whole.

Though non-dual thinkers appeared from time to time in the West, aspiritual culture centered around the idea of non-duality never evolved.Consequently, the Western spiritual world is an hodgepodge of initially appealingbut ultimately conflicting dual and non-dual notions and practices that eventuallyfade, leaving the heart hungry for release from the thralldom of matter. Since theSixties’ invasion of swamis and lamas from the East kick-started the idea ofenlightenment in the West, three generations of seekers have worked diligentlyon themselves and are well prepared to understand the counterintuitive andradical message of traditional Vedanta—to wit: appearances to the contrarynotwithstanding, reality is non-dual consciousness. What this means and how itbenefits human beings in their quest for freedom from limitation is the subjectmatter of Essence of Enlightenment by James Swartz, which demystifies the topicof enlightenment as it unfolds the positive vision of the non-dual nature of reality.This inspiring provocative book is written in a clear simple style that makesVedanta, the Science of Self-inquiry accessible to seekers and finders everywhere.

Because any undertaking benefits from a clear blueprint, the quest forfreedom and non-dual love, begins with a rigorous analysis of the basic humanpursuits...security, pleasure, virtue, power, fame and knowledge... and reveals thefact that we don’t actually want what we think we want. Instead, we wantfreedom from the fears and desires that compel us to pursue worldly goals,which, upon analysis prove to be zero-sum goals.

The appreciation of the inherently frustrating nature of worldly pursuitsoften kick-starts an interest in spiritual goals and sometimes nudges our livestoward an inner solution. We begin to question why we are encased in strangedecaying meat tubes, which initiates the quest for freedom from mortality.Unfortunately, we soon discover that the spiritual world is a vast marketplace ofbizarre ideas and strange practices that promise easy nirvanas and instantepiphanies, which are meant to set us free but which, like the worldly pursuits weare escaping, actually preserve, rather than remove our sense of dissatisfaction.In the second chapter of this best-selling insightful book James Swartz debunksthe dualistic enlightenment myths that lurk like hidden crocodiles in the swamp ofmodern spirituality.

Essence of Enlightenment, however, is not only a rational expose of manyillogical notions that pass for spiritual knowledge today but carefully reveals thesimple reason why, contrary to conventional wisdom, our desire to unthinkinglyact our way out of our existential predicament is a symptom of a deeper problem,our ignorance of the nature of reality. The limited incomplete self that we aretrying to escape is not actually limited in any way, a fact that can only beremedied by rational investigation.

The next stage of the quest for enlightenment is an inquiry into knowledge, sinceit alone removes ignorance i.e. beliefs and opinions about the nature of thematerial world, our psychological selves and the immortal transcendent factor,our ever-present existent Consciousness that stands apart from our minds andbodies. Just as knowledge of the material world is produced by inquiry intomatter, the knowledge of our eternal uncreated non-dual nature is produced byVedanta, the science of Self inquiry. Chapter 3 discusses the factors involved ingaining Self knowledge: the need of an independent impersonal proven means ofknowledge, the qualifications necessary to gain it—discrimination, dispassion,desire for freedom etc.—and the importance of a wise teacher capable ofwielding the means of knowledge effectively, not to mention the grace of God.

Chapter five unfolds the teachings on our ever-present, unborn, eternal,actionless, unconcerned identity as limitless Awareness. It shows that ouressential Self is the goodness beyond good and bad and that the beauty of thiscreation—the sun, moon, stars and amazing sentient beings—is just a palereflection of our innate unborn beauty. Because we are non-separate fromexistence itself we are everything that is. And because you love yourself morethan anything, you cannot exclude the world from your love.

The knowledge of the Self sits roughly in the middle of the complete train oflogic that constitutes Vedanta, the vision of non-duality. If you fail to appreciateyour beginningless blissful nature, fear not. The second half of the book unfoldsthe nature of the obstacles that prevent the assimilation of your limitlessness andprovides proven methods for removing them.

It begins with an analysis of the unconscious mind, the part of the Self thatrecycles experience. Desires and fears motivate actions, which createsubconscious tendencies that generate more fears and desires, which causebondage to action. Life gradually becomes a swirling whirlpool of repetitiveduties and obligations as the personality becomes alienated, boring andunimaginative. Its escapes into society’s supermarket of distractions, chemicaland otherwise, soon become subject to the same unconscious power, addinganother layer of conditioning to an already burdened mind. Instead of focusingon the eternal ever-present bliss of the Self, the mind becomes hopelesslyextroverted and frantically tries to fulfill itself by squeezing fleeting blisses fromthoughts, feelings and situations over which it has virtually no control. The joy ofevery gain is neutralized by the fear of its loss.

To reverse this cycle and liberate the mind from the subconscious pressure to act,Vedanta teaches the secret of karma yoga, which is unfolded with great clarity.Instead of seeking to escape from the world, a committed practitioner reorientshis or her thinking around a different principle, based on a common sense analysisof the nature of action and its results and a deep appreciation of the moral lawscontrolling the field of action. Divested of the attitude that causes stress andother dysfunctional emotions, the mind relaxes and, attracted to the bliss of theSelf as it reflects in a quiet mind, it is now qualified for Vedanta, the practice ofSelf inquiry, which reorients the mind behind the non-dual principle.

Vedanta is a three stage process that yokes the heart and mind —yoga means toyoke or join—to the non-dual principle and eventually sets it free of itsattachment to objects, not objects themselves. Objects, are anything other thanthe ever-present conscious Self. They include thoughts, desires, fears, fantasies,dreams, memories, living beings and inert material objects. The obvious butunappreciated principle on which it is based is: you are not the objects youexperience. You are the ever-free unborn blissful Self, endowed with free will,which is always experienced as the “I.” You are not a pre-determined notional selfthat is cobbled together out of a long sequence of experiences, real and imagined,that happened to your body and mind since birth.

The first stage, hearing, involves listening to the teachings without bias, a difficultfeat for a mind conditioned to a plethora of unexamined beliefs and opinions,which pass for knowledge. The second stage, involves examining one’s beliefsand opinions in light of the knowledge of reality and discarding those that are notin harmony with it. The third involves actualizing Self knowledge, the result ofwhich is that a person becomes completely satisfied with what fate brings. He orshe is not elated when good fortune arrives or depressed when it leaves. Thefinal chapter is devoted to explaining the characteristics of a Self actualizedperson, someone who sees no differences between himself and others and loveslife in all its forms. And finally he or she unconditionally loves his or her smalltransactional self warts and all.

This unique provocative book also contains chapters that discuss the secondarybut necessary requirements for gaining Enlightenment. One explores therelationship between Existence/Consciousness and the eternal devotee in each ofus. It presents methods for converting disturbing emotions produced byattachment to transitory objects into the highest form of devotion, unchangingnon-dual love. Another explains the value of values as it unfolds the relationshipbetween the nature of the individual, universal values and situational ethics.Another unique chapter presents proven ancient techniques that sublimatesnegative energies into the higher states of mind required necessary the successfuldiscrimination that that is the hallmark of a liberated person.

The Essence of Enlightenment: Vedanta, the Science of Consciousness (Ebook) 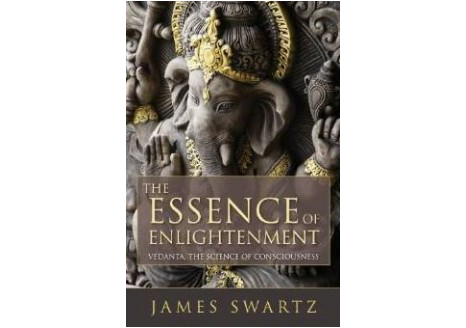 The Essence of Enlightenment: Vedanta, the Science of Consciousness (paperback)

Because suffering is unnatural and freedom is natural to us, everyone seeksfreedom knowingly or unknowingly. The universal desire to remove the naggingsense low self-worth that dogs our days on earth has created a perennialenlightenment culture. Just as the development of sophisticated scientific,ps.. 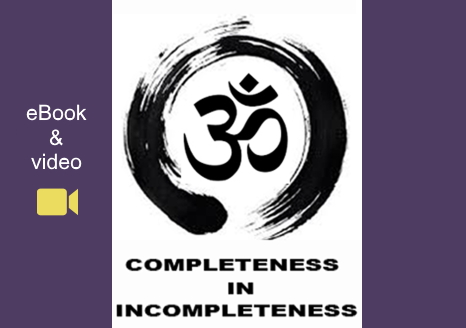 This 50 hour video filmed in Spain in February 2020 systematically reveals the limitless spiritual nature of every conscious being. It explains the paths of love, action, knowledge and meditation with reference to our emotional, physical and thinking selves. It leads beginning, intermediate and ad.. 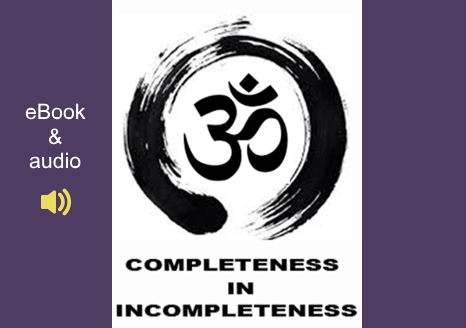 This 50 hour audio recorded in Spain in February 2020 systematically reveals the limitless spiritual nature of every conscious being. It explains the paths of love, action, knowledge and meditation with reference to our emotional, physical and thinking selves. It leads beginning, intermediate and ..